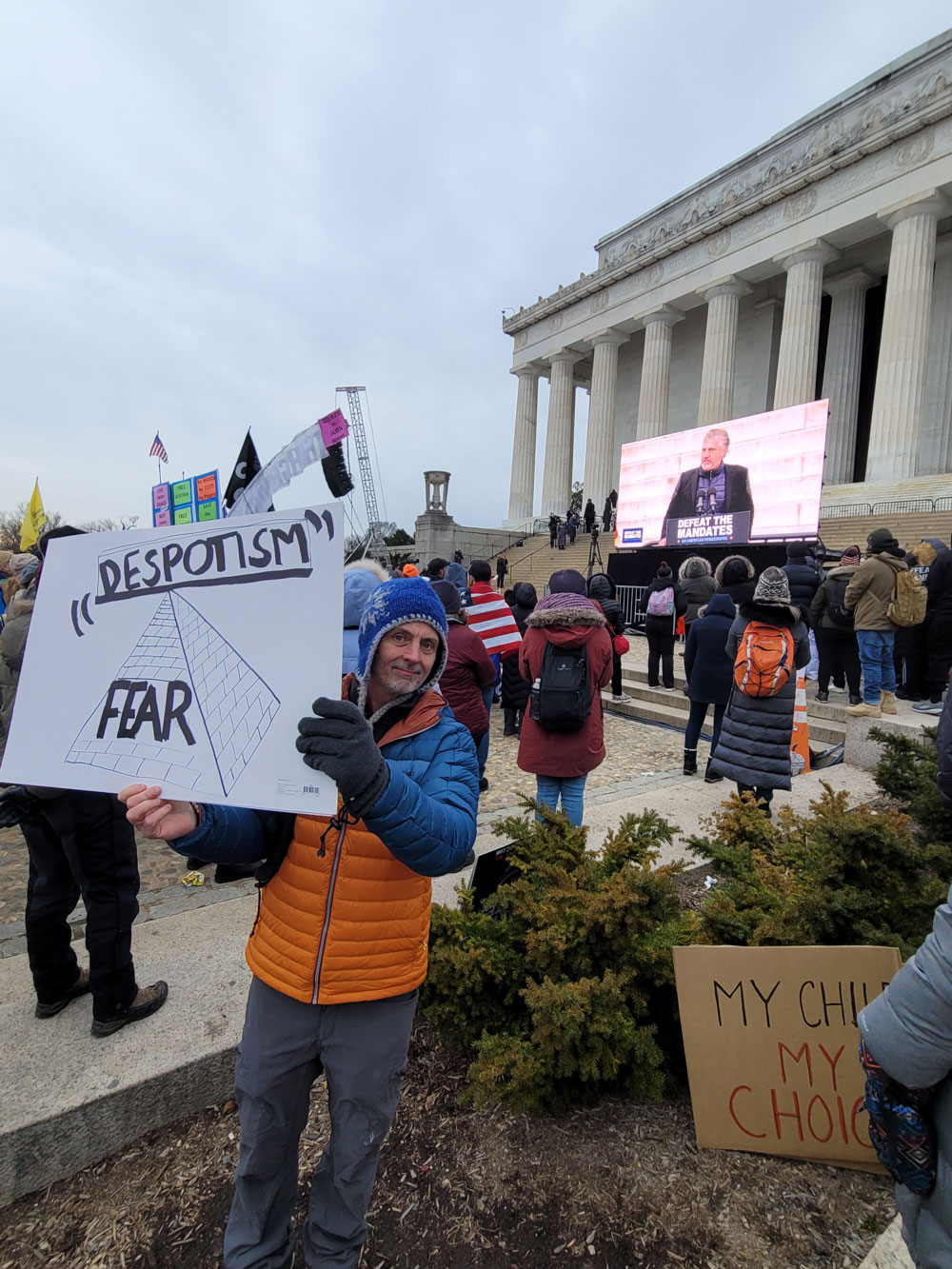 Attorney Ferry was in Washington D.C. this weekend with 30,000 other Americans to speak out against Tyranny.  Over the last two years, mandates of all kinds that shut down our schools, closed businesses, took away the constitutional right to a jury trial, forbade the right to assemble and the right to pray were unconstitutional infringements on Liberty.  Specifically, most of these mandates violate the First Amendment.   Mandates are not laws.   A law is issued after public comment and deliberation and vote by Congress and the Senate.

The founding fathers of this country knew that none of the other rights contained in the Bill of Rights meant a thing without the rights given by the First Amendment. “A funny thing happened to the First Amendment on its way to the public forum. According to the Supreme Court, money is now speech and corporations are now people. But when real people without money assemble to express their dissatisfaction with the political consequences of this, they’re treated as public nuisances and evicted.” Robert Reich.   A vaccine mandate is pure fascism.  That mandate is used to prevent you from working, from traveling, from eating and from meeting your friends at shows, restaurants or wherever they decide to shut you out.   They have even talked about denying you medical care if you do not comply!  This is sick.  They will continue to burden us until we demand our freedom.  I will defend our constitution as I represent my clients, with all my might.    You cannot back down to Tyranny.  Even if you think it will all just go away if you accede to some small demands.

All the love, all the power,