Injured by an uninsured motorist in CT? 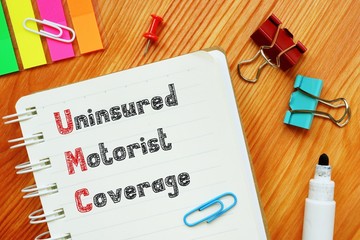 Uninsured/underinsured motorist coverage provides benefits to policy holders for bodily injury caused by another driver who left the scene of the accident, has no insurance or does not have enough insurance to adequately cover your losses.

UM/UIM motorist coverage provides benefits to policy holders & passengers for bodily injuries caused by another driver who either: (1) has no insurance; (2) does not have adequate insurance to cover your losses; or (3) left the scene (“hit & run”)

Who can UM/UIM potentially cover?

What is Underinsured Motorist Conversion Insurance?

Conversion coverage also provides for reimbursement in case you are injured by an underinsured driver. If your damages exceed the at-fault driver’s insurance, or other payments, your underinsured motorist conversion coverage will be available for damages not paid. This optional coverage is not reduced by payments from any other source, including the at-fault driver’s liability insurance.

What’s an example of UM/UIM and Conversion Coverage?

Example: You are involved in a motor vehicle accident caused by another driver’s negligence and sustain $400,000 in personal injuries.

Why is UM/UIM Insurance Important?

A strong UM/UIM policy is critical to protect yourself and your family from under/uninsured motorists or hit & run situations, especially if you drive in highly populated areas with greater traffic. UM/UIM coverage can prevent you from being left in financial ruin if you are injured by another driver who either had no insurance or minimal insurance that’s inadequate to fairly compensate you for harms and losses.

If you’ve been injured in a car accident by an underinsured/uninsured motorist, contact Ferry Law as soon as possible.