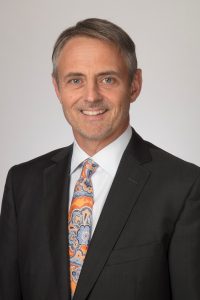 Only 5% selected each year
visit superlawyers.com

Attorney Ferry is a life-long resident of Connecticut. After attending College and Law School in Connecticut, he worked for a general practitioner for three years. At that firm, he took responsibility for the firm’s personal injury files. Since opening the Law Office of Kevin C. Ferry, Attorney Ferry has tried many cases to jury verdicts and dozens of court trial and arbitrations. In addition, he regularly appears before the Connecticut Superior Courts, Workers’ Compensation Commissioners and has argued before both the Connecticut Appellate and Supreme Courts.

Attorney Ferry is a 2017 invited member to the National Trial Lawyers Top 100. He also was recognized by his peers for the 9th consecutive year as a New England Super Lawyer for 2016. Attorney Ferry has been voted a Connecticut Magazine Super Lawyer ® in 2008, 2009, 2010, 2011, 2012, 2013, 2014, 2015, and 2016, and 2021 for the General Personal Injury Plaintiff category. In addition, Attorney Ferry has been a lecturer on various topics, including lecturing on trials and evidence at the National Business Institute, and taught at the Morse School of Business.

Attorney Ferry is actively involved in his community, including coaching girls Youth Soccer where several of his players are now scholarship athletes at the Division 1 and 2 level, sponsoring a fundraising team for the American Cancer Society since 2005, donating to local sports programs and other local charities including: Special Olympics CT, CT Breast Health Initiative, Habitat for Humanity, New Britain Little League, The Smiles for Melissa Fund (raising money for sign language teachers), shelter for battered and abused women and Klingberg Family Centers in New Britain where he and his office have lectured at the school and provided labor to update the Schools library. Attorney Ferry also speaks to local sports teams about conducting themselves within the law. Ferry Law is the lead sponsor of the Dog Star Rescue Golf Outing.

Attorney Ferry is a certified Associate Instructor of Tai Chi and Qi Gong. He has been studying and practicing Tai Chi with Master, Dr. Ming Wu for three years www:FengyangTCM-kevin. He is also an avid Yoga practitioner and has been attending Yoga weekly for over 10 years. Attorney Ferry also has his boater’s license and is a Certified Instructor of Stand up Paddle Boarding. In February 2022, Attorney Ferry will be in Poland for a week obtaining his Wim Hof Method Instructor certificate. Kevin plans to add Wim Hof Method instruction to Ferry Law’s wellness program.

“Tai Chi and Qi Gong have given me a sense of effortless power in my contentious position as a trial lawyer. They have helped immensely in determining where my energy needs to flow to present my client’s case in the most convincing manner.” – Kevin C. Ferry

Attorney Ferry is studying all of the writings of Thich Nhat Han, one of this centuries most insightful and peaceful beings. He attends workshops at the Omega Institute in areas of mindfulness and devotion. He recently visited China with his Tai Chi master.

Recently Attorney Ferry started practicing the Wim Hof Method and in July 2019 traveled to Morillo de Tou in the Spanish Pyrenees to train with Wim Hof for a week. Daily cold exposure, specialized breathing and weekly ice baths have become part of Attorney Ferry’s regimen for health, happiness and strength. The Wim Hof Method has been a powerful way to connect with Peace and Happiness that is readily available while recycling negative societal viewpoints into compost for helping to change the world.

Attorney Kevin C. Ferry is admitted to the following Courts:

“Yesterday is history, tomorrow a mystery, but today is a gift.”

Get A Free Consultation